Americans who are employed have a one in 16 chance of being or becoming an unpaid caregiver for a loved one with dementia — often with no warning or family history a staffer will join the swelling ranks of those who tenuously juggle work assignments and doctor appointments.

Graphic made available for sharing: CC BY-ND 3.0, by attribution. Infographic by Patricia Bouweraerts

Three nationwide trends evolving together will understandably create workplace challenges; a rising percentage of people in the U.S. are age 65 and older, an increasing number of employees are giving unpaid care for loved ones with Alzheimer’s disease or dementia, and a decreasing amount of employers offered two types of flextime in 2018. Further, with perhaps just as much or more significance, caregiving is likely to exacerbate the troubling societal issue of economic inequality.

First of all, higher-income workers are in a better position to afford professional care services for ill family members. In addition to fewer resources for paid care, lower-income staffers also have less access to paid leave, impacting their employment and income, experts say. The disparity between men’s and women’s salaries also stands to become wider as women of all income levels take on more primary caretaking roles.

In June 2018, the organization UsAgainstAlzheimer’s conducted an online survey of employed adults who give care, or have recently given care for a loved one with Alzheimer’s disease or other type of dementia.

“This survey and other studies consistently point to a disproportionate economic caregiving impact on, and disparate benefits access among caregivers of color, women, low-income communities and millennials,” according to the UsAgainstAlzheimer’s report, A New Frontier in Paid Leave: Supporting Family Caregivers Providing Alzheimer’s and Dementia Care.

The data on employment, dementia, and caregiving indicate trouble spots

A major study sponsored by the National Institutes of Health (NIH) in 2007 estimated that about 24 percent of Americans ages 80–89, and more than 37 percent of those 90 years of age or older have some type of dementia. 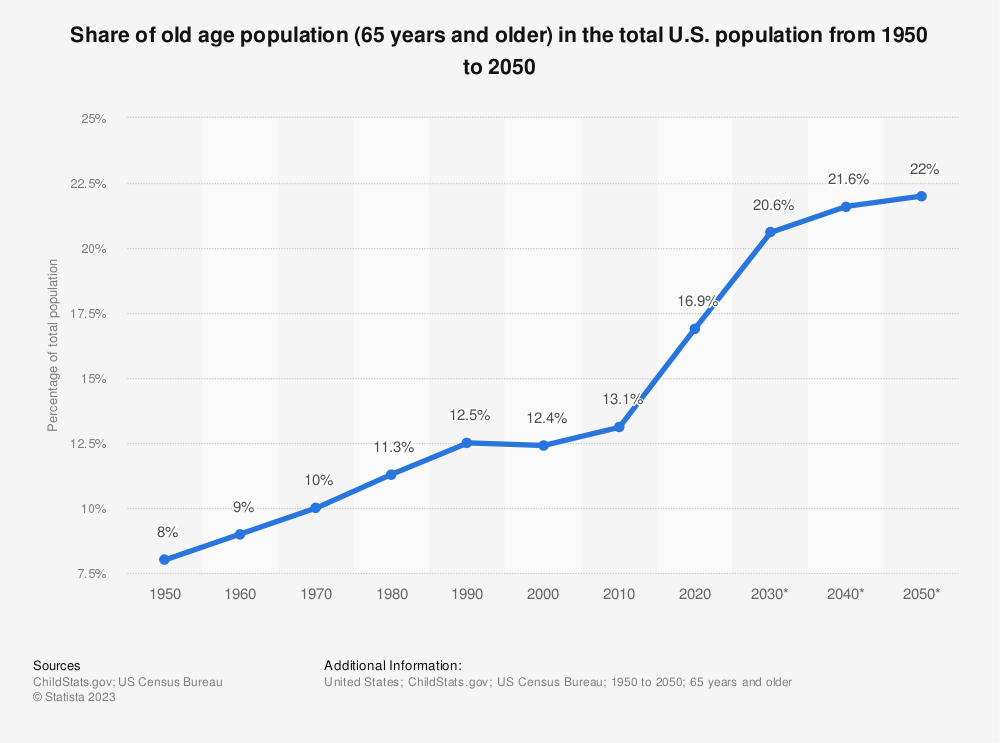 Alzheimer’s disease is a type of dementia that is characterized by memory loss, changes in personality, and decreased physical functioning. About 5.7 million in the U.S. were afflicted with Alzheimer’s in 2018, and the Centers for Disease Control and Prevention predicts that by 2050, the number will reach 13.8 million. And that is only one type of dementia — Alzheimer’s accounts for 60–80 percent of dementia diagnoses, the Alzheimer’s Association® posted.

Providing care for family members who have any form of dementia is a daunting and time-intensive task. Caretakers generally call frequently to check wellness, are responsible to prevent falls, visit loved ones during unpredictable hospital stays, troubleshoot risks for wandering, and reach out to a loved one who refuses help because of pride or the denial that anything is wrong. Families need to discern when a parent is not able to drive any longer — along with taking on the duties of food shopping and therapeutic outings.

A great deal of research has already been conducted on who the caregivers are. The National Alliance for Caregiving, together with AARP issued a paper in 2017, Dementia Caregiving in the U.S.

“A majority of dementia caregivers are women (58 percent),” according to the 2017 paper. “On average, they are 54 years old — about six years older than non-dementia caregivers. Their care recipient — that is, the person with Alzheimer’s disease or dementia — is most often a relative, and 77.2 years old, on average, which is significantly older than other care recipients who are managing other conditions or diseases.”

“When controlling for age, education, and occupation, black and Latino workers are less likely than white workers to have access to paid sick days,” Glynn, Boushey, Berg and Corley wrote.

In addition, the UsAgainstAlzheimer’s report explained that 60 percent of caregivers faced financial difficulties when they were unable to work, or needed to reduce their hours. Some took on debt.

“Just over a quarter of employed caregivers (27%), and four in ten employed Millennial caregivers (40%), reported either themselves or someone in their household has had to borrow money or go into debt caring for their loved one,” according to the report.

Millennial caregivers, ages 18–35 have not built up as many years of experience or accumulated as much savings, and therefore are under more financial strain; although UsAgainstAlzheimer’s has found there is a greater probability for Millennials with more advanced education or in salaried jobs to receive paid medical and family leave benefits.

It found that some of the population subgroups more likely to have access to paid medical and family leave include men ages 18–49, full-time workers, staffers employed at companies with more than 500 employees, and those in middle–high income households. Latinos with more advanced education, and both Latinos and Blacks in salaried positions also tended to have greater access to paid leave, UsAgainstAlzheimer’s added.

Employers are maintaining some family-friendly benefits but reducing others.

The Society for Human Resource Management’s 2018 Employee Benefits report indicates that 52 percent of U.S. employers have offered some type of flextime in 2011, up to 57 percent in 2017 and 2018. Conversely, two types of flextime have decreased from 2017. While 31 percent of employers in 2017 offered flextime outside of core business hours, only 27 percent did so in 2018. Shift flexibility was offered by 25 percent of employers in 2017, down to 22 percent in 2018.

Flextime is critical to allow for unexpected emergencies that can happen at any hour. In addition, many modest-paying positions such as hotel clerks, dishwashers, and other hourly positions are based on shifts, so less shift flexibility likely hits this population harder.

Up to 12 weeks of unpaid time off is available through the Family Medical Leave Act (FMLA) for those who work at companies with 50 or more employees within a 75-mile radius — their job is mandated to be held for them. It is sometimes difficult, though, for workers to afford taking time off without pay. FMLA includes staffers in the public sector and military, but does not cover those who are self-employed, freelancers, or employees at small companies.

Paid leave is available for employees living in a limited number of states, and for staffers who work in organizations that offer the benefit. Paid leave ranges from four to 12 weeks in the seven states and Washington, D.C. that have enacted paid family and medical leave insurance laws. Twelve weeks is substantial, although Alzheimer’s disease can span an average of three–11 years, or as long as 20 years, MayoClinic.org posted.

Private companies have voluntarily offered their own paid leave programs, although these may pertain more to highly skilled workers, including at technology companies such as Adobe, Amazon, and Netflix where there is competition for in-demand technical specialists, wrote Rich Bellis on FastCompany.com.

Women have traditionally been caretakers

Females of all ages and education levels tend to take on caregiving responsibilities to a greater degree than male family members, along with the risk of financial strain.

“At AgingParents.com, we work with families of aging parents all across the U.S. and in doing so, we see common themes,” wrote contributor Carolyn Rosenblatt on Forbes.com. “Most often (in our unofficial poll, it’s about 85-90% of the time), women take the lead in spotting warning signs that an aging parent needs help or is going to need help soon. Responsible women, often successful in business, professions, or any work are the ones to bring this up and let other family members know what they see. The response typically is that other family members say in so many words, ‘OK, go ahead and take care of it.’”

Reasons given by a male family member for allowing the female sibling to take on more caregiving tasks include that he is “really busy” or makes more money than the female, “so it’s better if she’s the one to quit her job to take care of our parents,” Rosenblatt added.

In addition, a larger percentage of whites were members of the Baby Boom, Silent, and Greatest Generations in 2018 than the combination of all U.S. minorities, wrote senior researcher Richard Fry of the Pew Research Center.

Therefore, in the near future white women stand to be especially impacted with caregiving responsibilities.

Employees adapt to caregiving out of necessity

Caregiving staffers typically schedule family needs around work shifts and assignments. Needs arising during the day include getting a loved one to medical appointments, but they also expand to supervising medication dosages, preparing meals, and meeting with or updating other family members.

According to the Dementia Caregiving in the U.S. report, two in three family caregivers say they have experienced one or more factors affecting employment, including the following:

Dementia and Alzheimer’s disease caregiving often impacts workers to a greater extent than other serious illnesses because the ill family member can experience behavioral challenges such as agitation, inattention to personal grooming, lack of filters when interacting with others, and frustration or combativeness.

The Alzheimer’s Association has recently published its 2019 Alzheimer’s Disease Facts and Figures document that includes data on the effects of dementia caregiving on working Americans.

Workers who were assisting a loved one with Alzheimer’s or dementia were 10 percent more likely than non-dementia caregivers to have to go in to work late or leave early and were five percent more likely to need to reduce their work hours, according to the Facts and Figures document. The report added that out-of-pocket costs, household supplies provided for the ill family member, and respite services cost about $5,000 more than those caring for loved ones with non-dementia conditions.

It can also be difficult to find work after caregiving

Some employees find it necessary to seek another job or change their career entirely during or following caregiving. 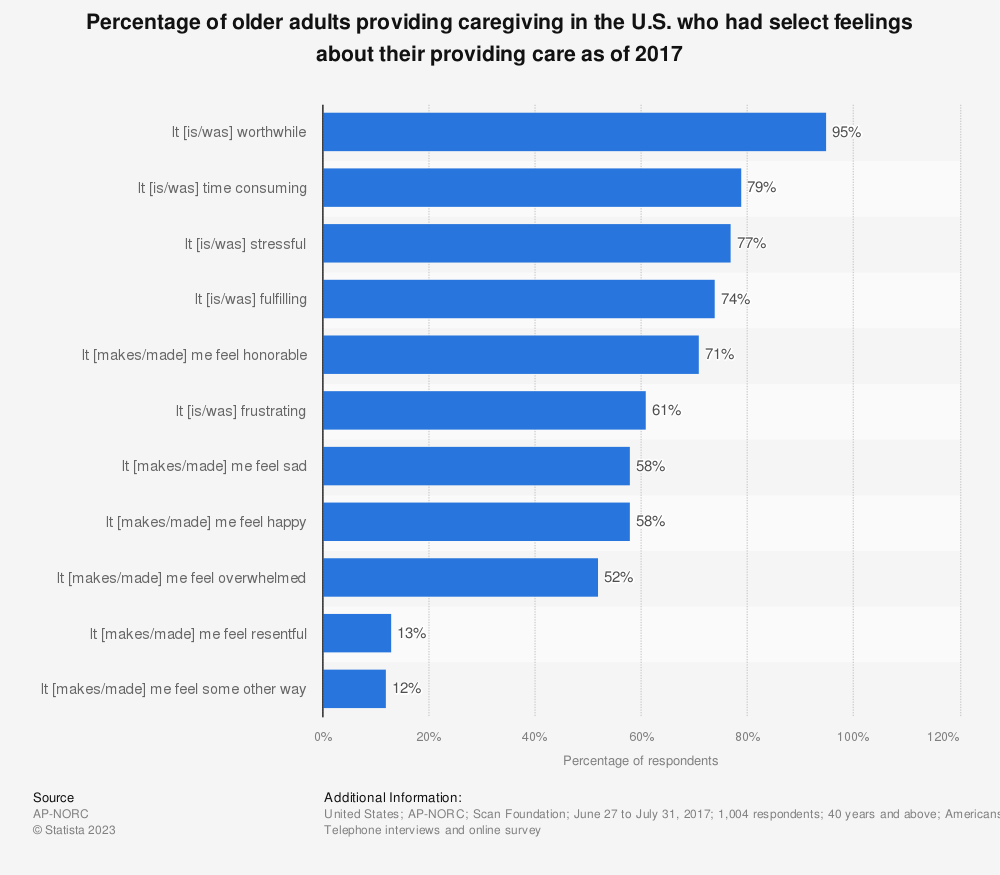 “Caring for a parent with Alzheimer’s is the hardest thing I have ever done,” wrote Carolyn Schad on Quora.com. “It is a long process, years of heartbreak and frustration over the loss of more and more of your loved one’s abilities, health, memories, faculties, and their loss of reasoning, understanding and coping. I lost my job because I was no longer a reliable employee. I couldn’t predict when there would be an emergency or a legal or medical meeting or a financial crisis.”

If the staffer needs to stop working to provide 24/7 care for a family member, an employment gap results. Employment gaps are known to be a red flag for hiring managers.

On the other hand, individuals taking care of an older adult can develop a set of skills beneficial to many job positions. Social worker Michael Burke answered a Quora.com question on interviewing for jobs after caregiving. He wrote that it is acceptable to let an interviewer know a gap in employment was due to caregiving.

“You then address the job you are applying for in terms of your skills,” Burke wrote. “You include the skills you have used to care for your parents; they might be making decisions under pressure, managing competing interests, handling detailed and time-sensitive tasks, negotiating emotionally charged issues. These are marketable skills.”

“Caring for people with Alzheimer’s allows the caregiver to grow in loyalty, trustworthiness, responsibilities, empathy, and gratefulness,” Reese wrote. “It takes character to give of yourself to care for another person’s quality of life and care, and the qualities gained are priceless.”

The first paragraph’s probability ratio is calculated using data posted by the BLS, Alzheimer’s Association®, and National Alliance for Caregiving. A one in 16 (15.94 to be exact) probability is based on the following: there were an average of 151.44 million Americans employed in 2016, according to the U.S. Bureau of Labor Statistics; 15.8 million gave unpaid care, as calculated by the Alzheimer’s Association in its 2016 Facts and Figures; and 60 percent of dementia caregivers were employed in 2016, estimated by the National Alliance for Caregiving. Note: The Alzheimer’s Association now estimates there are more than 16 million unpaid caregivers in the U.S.